This week it’s countdown to publication day for The Liverpool Girls, Pam Howes’ third and final book in her Mersey trilogy. Prior to joining the blog blitz which begins on Thursday 30th November, I’ve been lucky enough to catch up with her for a chat…

Good morning Jo and thank you for the invite. Feel free to ask away.

Thank you for coming along Pam.  My first questions is…

You’re well known for your Rock and Roll Romances. What inspired you to write them?

The inspiration for my Rock’n’Roll romances came from my teenage years and working in a record department in my hometown. The shop was frequented by many local musicians and I enjoyed getting to know them. We had the best clubs in Stockport and saw many top groups there, like The Who and The Small Faces, for peanuts. The sixties was always my favourite time and in later life I felt I should get something down on paper before it was all lost to failing memory. My initial attempt was at writing a non-fiction book about the local music scene in the sixties, but this eventually became the basis for Three Steps to Heaven, the first in the series. After that I didn’t want to let my characters go as I’d had such fun creating them so one book became five. I’m itching to begin another but I can’t at the moment due to contractual obligations and no spare time.

My three favourite bands: That’s a hard one because there are so many. I’ve got to say The Beatles first, followed by The Small Faces, and then slightly more up to date, The Travelling Wilburys, otherwise I’ll be here all day!!

You are signed to Bookouture and have just completed the final instalment of the Mersey Trilogy, a historical family saga. Is there any other genre that appeals to you as a writer?

Apart from saga writing I would love to tackle a crime story. Nothing like a grisly murder to get one’s teeth into.

If money were no object where in the world would you like to visit and why?

I’m not too sure about travelling far as I hate flying. But if and when I get the time I want to do a road trip across America and visit a whole list of places that have musical connections. Graceland’s is on the list as is the Brill Building in NYC where many of my favourite sixties songs were written and recorded, and Lubbock in Texas, the home and birthplace of Buddy Holly. And I will stand on that corner in Winslow Arizona with Jackson Browne’s statue if it’s the last thing I do!! Eagles and Jackson fans will understand that one.

The Liverpool Girls brings your Liverpool trilogy to an end. What’s next for you?

Yes, I’m quite sorry to be leaving Joe, Dora and their girls behind, but at least they have a happy ending in sight after a roller coaster ride throughout the series. Next up for me is another Liverpool based trilogy called, up to now, The Lark Lane Series. Starting during WW2 and finishing in the sixties, this will incorporate my fairground series, but Cathy’s Clown will have a complete re-write and fresh title and readers will get the long waited Ruby Tuesday to finish, but with a more fitting saga title that is yet to be chosen.

And lastly, if you were planning a year on a desert island, what four ‘must-haves’ would you take with you?

For a year on a desert island I would make sure I’d got a supply of books, as it would be pointless taking a Kindle. Enough stuff to write with. A pencil sharpener, and my lovely man, to keep me happy, sing to me, and stop me going insane without broadband, as well as dealing with any spiders that may be lurking.

Thank you for having me, Jo.

A pleasure Pam, and thank you for taking time out to be interviewed… 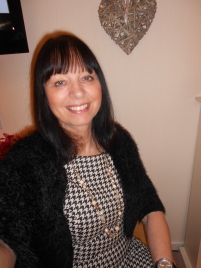 Pam Howes’s hometown is Stockport in Cheshire. The working-class mill town has a strong musical background and is the inspiration for her first self-published novels – The Rock’n’Roll years series. Her first novel, Three Steps to Heaven, set in the sixties, was inspired by her time as a teenager, working in a local record store and meeting musicians who frequented the business. That first novel evolved into a five book series. Pam is currently involved in a campaign to have Blue Plaques erected on local clubs, now closed, but still firmly in the hearts of Stockport’s recycled teenagers.

Last year Pam signed a contract with the award winning publisher Bookouture and the first novel in her new Mersey trilogy, The Lost Daughter of Liverpool, was a Number 1 Kindle Saga Bestseller.

BUY LINKS FOR THE LIVERPOOL GIRLS 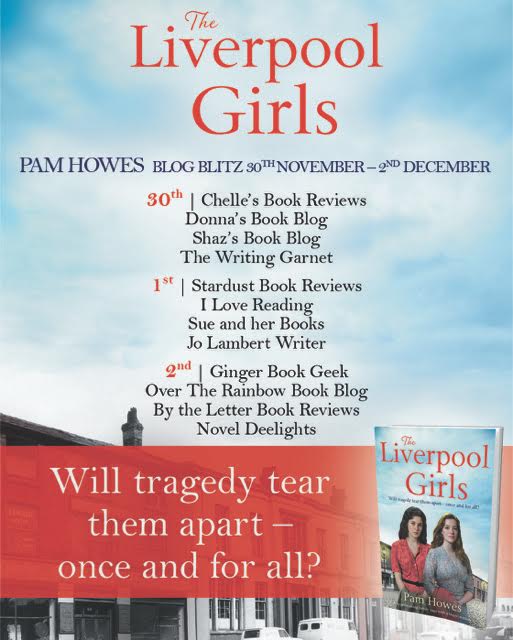 3 thoughts on “With the publication of The Liverpool Girls almost here, I’m chatting to author Pam Howes about inspiration, favourite bands and what she’s planning next…”

Escape to the Country yesterday. Lovely to have this 10 minutes walk from home...

Escape to the Country yesterday. Lovely to have this 10 minutes walk from home...
July 2018 and the famous broken ankle This was the smallest boot the fracture clinic had. Such a relief after 6 weeks in plaster #throwbackthursday
Can't wait to get back to days like this. Hate this rainy weather. #Spring #countrywalks
Sao Francisco Cellar Wine Museum, Funchal, Madeira
Dreaming of summer holidays.
#snow #garden #sundaymornings
Loading Comments...
Comment
×
%d bloggers like this: