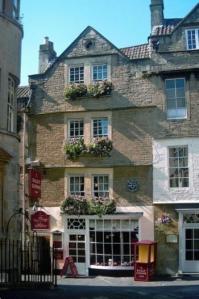 Hi Suzy and welcome to Tea and Talk at Sally Lunns.  I feel very privileged to have tempted you away from Portugal where it must definitely be much warmer than it is here at the moment!
Thank you for having me! It is a little warmer in Portugal but it’s still pretty chilly at this time of year. Mornings are often only 2 or 3 degrees brrrrrr

So now we are settled with tea and a great selection of cakes, and you give us a brief bio about yourself including how you came to live in Portugal.
Oooh lovely… can I have a gluten-free and lactose-free one please? lol
I moved to Portugal with my family when I was just ten years old (27 years ago!). Although I’ve enjoyed my years here… my husband and I are actually planning a big move back to the UK. We’re super excited about it, me especially as I find it such an inspiring place for a writer, with all its historical buildings and culture. I just love it there!

When did you first start writing seriously?
It was early in 2010.

What was the trigger?

I was made redundant from my job as a magazine editor. Although that was a real blow, it turned out to be the kick that I needed.

What drew you to paranormal and YA in particular?
I’ve always loved anything to do with the paranormal – witches, ghosts, vampires, etc. I find the subject so intriguing. The YA genre became my favourite after becoming obsessed with Harry Potter and Twilight. It seemed like the natural thing for me to write.

How did you go about getting your first book published?
I tried, and failed, to go down the traditional route and then a friend told me about self publishing on Amazon. I wasn’t even aware it was possible at that time. I was amazed how easy it was!

What made you decide to revamp your covers last year?
I was actually approached by a cover designer (and author) who offered to re-do my covers free of charge. I couldn’t say no to such a generous offer and I think she did a fabulous job.

You have published a fantastic collection of books.  What’s next?
Thank you! I’m about to start writing the next instalment in The Morgan Sisters series. I don’t have a working title just yet though.

Which authors do you admire the most and did they have any influence on your writing?
I particularly admire JK Rowling for not only creating the Harry Potter world, but for making it such a massive success.
I believe that every author I’ve ever read has probably had some kind of influence on me. Margaret Atwood, JK Rowling, Stephenie Meyers, Lisa M Stasse, Shalini Boland…etc. I look up to them all.

hat do you do in your spare time?
I like to cycle with my husband. I’ve also just started to teach myself to sew. I have a machine but only ever used it to hem jeans. I actually made a handbag last week! I’m also a bit of a TV addict!

Many thanks Suzy, it was great to meet you, no doubt you’ll be glad to get back to warmer temperatures.  You can find out more about Suzy Turner and her books on the network connections below:

Monday 14th January 2013
Well here we are sitting waiting for the snow. However at the moment I have to report that light rain is all we are experiencing here on the eastern edge of Bath. I’m currently sitting in the lounge using the laptop as BH is upstairs putting finishing touches to the CAD drawing for our new conservatory. He’s also got to complete the on line application for planning permission so that means I probably won’t get to use the main computer until midday. The laptop is fine but none of my main files are on it, it’s just something I use very occasionally and BH uses it for browsing at times when I am writing. So what to do? Well this blog piece I guess, although it’s a day late and not by usual Sunday offering.

The new year is now well into January – I can’t believe we’re in double figures already. A lot has happened in those fourteen days. I’ve handed in my notice at work with a leaving date of 31st May. That is so my boss will have time enough to go through the complex process that is needed to replace me. Applications, panels to debate and justify the need for a replacement. Then there is the protracted recruitment process, interviews, offers and then when the person starts (if they aren’t an internal applicant) a week long Induction. Phew!

I always thought I would miss work and in some ways I will. The day to day structure of working life, deadlines, expectations, people, news, gossip, coffee with friends. Yes it will leave a huge hole. However, on the positive side, it will leave me free to pursue the things I want to do. I can remember all those years when I worked full time, when on some sunny days I would gaze out of the office window and wonder what it would be like to be at home relaxing in the garden with a cool drink, or off for the day visiting somewhere new, browsing and stopping off for lunch. At the moment with my half time work commitment I do have days when I meet girlfriends for lunch and shopping but when I’m completely free my time won’t be tied to just a Monday or Tuesday. But there is a danger with all this new freedom. The lack of the structure that comes with work. It’s all too easy to stay in bed that extra hour, to put off things you planned today and do them tomorrow instead – because we all know tomorrow never comes don’t we? So there has to be a balance of sorts. A plan, allocating time for specific things; balancing the ‘to dos’ with the relaxing non-timetable, enjoyable stuff, and that’s what I’ve got to bear in mind once I’ve hung up my keyboard.

Well, that was the Monday blog that wasn’t,  so it’s being posted now. We’ve had snow here to-day. A lot of snow. I did try to get to work. Left the house at 7.30am this morning. I have some snow boots which I bought two Christmases ago when we had heavy snow here. Unfortunately for the boots, when they arrived the snow disappeared so they have been sitting in the wardrobe ever since. Today they got their first outing and they are wonderful! They fit snugly, have special soles and are VERY warm. The problem with wearing wellies is that they are rubber and unlined and although you may put on several layers of socks, the end result is the same. If you are out in snow for any length of time your feet get very cold. This morning, knowing almost certain First Bus would cancel services if they so much as saw one flake of snow. I had arranged a lift from a work colleague who lives in the next road. By the time I reached his house, however, I could see the car wasn’t going anywhere. So we both walked to the bus stop, praying they just might be running. We were in luck. One arrived almost immediately. The journey in was slow and there was a surprising amount of traffic going into the city. However it was clear once we were in Bath that the streets were not that clear of snow and traffic was struggling. We arrived at the bus station and found our connection to the hospital only to be greeted with a tannoy announcement that all bus services were being suspended. My colleague decided to walk the three miles to the hospital, I thought about it and then wondered, as snow was still falling quite heavily, if I would ever be able to get back once I was there. So instead, I walked to the taxi office and booked a taxi home. The driver was telling me most of the roads in the city were blocked. Bath actually sits in the middle of an extinct volcano (hence the hot springs) so in order to get out in any direction you have to negotiate hills – apart from the east where I live where the road is relatively flat. I was so glad to get home, to change and get a hot cup of coffee. And now I’m off for a whole week, although the way things are looking I think most of it will be snowy!

It’s good to meet you, Avis, and welcome to Sally Lunn’s for Tea and Talk.
Hello, Joanna, it’s lovely to meet you too, and thank you so much for inviting me along. I love this teashop; I haven’t been here for years.
Yes, I agree, it is.  So, now we’re settled, can you tell me a little about yourself?
It’s difficult to know where to start. I live in Downend, Bristol, on my own now but I have lots of lovely friends I see regularly, mainly through my writing and painting. I hail from Somerset, growing up on the Tyntesfield Estate, and count myself lucky in having travelled to lots of places in the world including Israel, where my daughter lived on a kibbutz, frequent trips to Spain when she later moved there, and often to America, where one of my sons and his family live. One of my greatest adventures was a road trip taken a few years ago with my son and granddaughter right down America from Phily to Mississippi. It was such fun.
And how did you become a writer?
I’d always enjoyed reading, and writing somehow became a natural progression. I was initially interested in plays and screenwriting and attended several courses whilst living in Basingstoke, where I worked for a psychiatrist at one of the hospitals there. When I moved back to Bristol, I took a course in creative writing. It was one of the best things I did for not only did I learn a great deal about the art of writing, but I also met a lot of people who have become life-long friends there. I’d recommend anyone who is serious about writing a novel to take a professional course. It is worth every penny. Writing was a means of escape and when going through some difficult times in my life, I would take myself off to a caravan at Clevedon and write, write, write, undisturbed and uninterrupted.
Your debut novel A Drift of Daisies was published last year. What influences were there

Here on Tuesday for Christmas lunch...the first of many.

Here on Tuesday for Christmas lunch...the first of many.
My little feathered Christnas friends have a new companion...
Sometimes there are special moments that stay with you for a long time. This was one of them from our holiday in Fowey last year. Dinner at The Old Ferry Inn, Boddinick and then afterwards travelling back as dusk settled over the river - magic! #Cornwall #Fowey #holidays
Mist along the river this morning...
Driving acriss Bannerdown Common on our way to lunch yesterday. A little sunshine between the raun..