Thank you so much for inviting me to be a guest on the Life Playlists feature on your blog. Here are five favourite songs which have marked various stages of my life.

First off, Bob Dylan’s Mr Tambourine Man, recorded absolutely decades ago while I was still a child, but which has been part of the soundtrack of my life ever since. Anyone who says Dylan is not a poet just needs to listen to this song! I kind of went off Dylan as he grew older and more aggressive in tone. But this song has stayed with me.

Next up, All Around My Hat. When I was a teenager, a long time ago, I was totally hooked on all those remastered folk songs performed so brilliantly by folk rock bands like Fairport Convention and Steeleye Span. This song is so joyful and uplifting that it’s my go-to track whenever I am feeling a bit down. It’s so good to see that this band is still going strong!

When Freddie Mercury died I thought I would never get over it and wore black for a week. Bohemian Rhapsody – what can I say, except that it must be the best song by Queen, the best band ever! I’m just so sorry that at the stage in my life when I might have gone to their concerts I was the mother of small children and I never got to see them perform live. I once had a horrible job working for a small insurance company whose boss was an – insert your own bad word here – and I always played Queen’s greatest hits as I was driving home from work.

More recently, I’ve become somewhat hooked on hip-hop and rap, mainly as a result of seeing the musical Hamilton. I’ve never seen a show performed with such energy and emotion. It’s the life story of one of the founding fathers of the USA, and if you think you’ve seen his face before, that’s probably because his image is on the US $10 bill. What a life he led – born in the West Indies, the illegitimate son of a Scottish nobleman, he made his way to the fledgling USA, as it was to become. He lived a good life until – well, until it all went wrong for him in a very big way. As a subject – the musical biography of a politician who became the first Secretary to the Treasury of a new country – the show sounds deadly dull, but actually it’s mesmerising, and the music is fabulous. The theatre trip was a lovely Christmas present from my daughter. Here is the opening scene.

Finally, this is my most recent discovery, made earlier this year via Classic FM. It’s a piece of choral music that sends shivers down my spine. Composed back in the seventeenth century by a Portuguese missionary who worked in Peru, it’s sung in a Native American language. I can’t pronounce or spell the title, but this hymn to the Virgin is haunting. Give it a go and see what you think of Hanaq Pachap Kusikuynin. 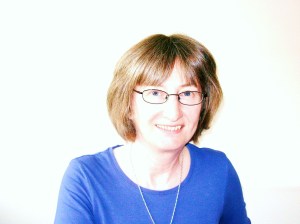 My crime and mystery novel The Final Reckoning is published by Ruby Fiction and is available in ebook and audio format from all the usual platforms, including Amazon and Kobo.

I always love to hear from readers, so please feel very welcome to contact me!

A gripping thriller from this successful historical novelists and creative writing tutor. Perfect for fans of Erin Kelly, Linda Green and Laura Marshall.

What if you had to return to the place that made you fall apart?
When Lindsay Ellis was a teenager she witnessed the aftermath of a violent murder involving her lover’s father. The killer was never found.

Traumatised by what she saw, Lindsay had no choice but to leave her home village of Hartley Cross and its close-knit community behind.

Now, years later, she must face up to the terrible memories that still haunt her. But will confronting the past finally allow Lindsay to heal, or will her return to Hartley Cross unearth dangerous secrets and put the people she has come to care about most at risk? 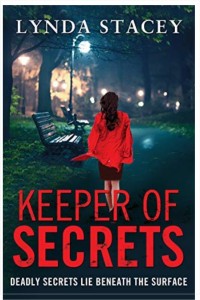 Fabulous new suspense novel from the author of best selling novels, The Fake Date and House of Secrets.

Should some secrets stay buried?
For as long as Cassie Hunt can remember her Aunt Aggie has spoken about the forgotten world that exists just below their feet, in the tunnels and catacombs of the Sand House. The story is what inspired Cassie to become an archaeologist.
But Aggie has a secret that she’s buried as deep as the tunnels and when excavation work begins on the site, Cassie is the only one who can help her keep it. With the assistance of her old university friend, Noah Flanagan, she puts into action a plan to honour Aggie’s wishes.
It seems the deeper Noah and Cassie dig, the more shocking the secrets uncovered – and danger is never far away, both above and below the ground … 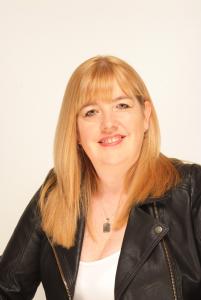 Lynda grew up in the mining village of Bentley, Doncaster, in South Yorkshire and went to both Bentley New Village School, and Don Valley High School.

She is currently the Sales Director of a stationery, office supplies and office furniture company in Doncaster, where she has worked for the past 25 years. Prior to this she’d also been a nurse, a model, an emergency first response instructor and a PADI Scuba Diving Instructor … and yes, she was crazy enough to dive in the sea with sharks, without a cage.

Following a car accident in 2008, Lynda was left with limited mobility in her right arm. Unable to dive or teach anymore, she turned to her love of writing, a hobby she’d followed avidly since being a teenager.

Her own life story, along with varied career choices helps Lynda to create stories of romantic suspense, with challenging and unpredictable plots, along with (as in all romances) very happy endings.

Lynda joined the Romantic Novelist Association in 2014 under the umbrella of the New Writers Scheme and in 2015, her debut novel House of Secrets won the Choc Lit Search for a Star competition.

She lives in a small rural hamlet near Doncaster, with her ‘hero at home husband’, Haydn, whom she’s been happily married to for over 20 years.

You can find Lynda at http://www.lyndastacey.co.uk to hear her latest news. Or follow her on Facebook at http://www.facebook.com/lyndastaceyauthor or watch out for her tweets @Lyndastacey

After a summer’s break I’m relaunching Life Playlists where invited guests choose five tracks which mean something to them and share the reasons why.  If you’re a writer it’s also an opportunity to promote your work.

Soft rock group Bread with lead singer David Gates were rarely out of the music charts in the late sixties/early seventies. The Guitar Man, the title track from their 1972 album was a departure from their normal love songs and reached No 16 in September 1972

I first heard Alone Again Or… in the late sixties when it was released by a band called Love featuring Arthur Lee. It was covered in 1987 by The Damned.  However I still think this, the original version, is still the best.

Cream, Blind Faith, the Yardbirds and Derek and the Dominos are just a few of the bands Eric Clapton has played with. He’s also worked with artists like J J Cale and B B King.  And of course, he’s had a solo career.  This from the 1990s is one of my favourite tracks.

American traditional rock band Boston were around in the 1970s and 80s.  I bought their 1978 album Don’t Look Back. Love this track although I think More than a Feeling is probably the one everyone knows best…

Another 1970s band.  Remember being in the car on the way home when this came on the radio.  It marked the arrival of another great guitar band.

And finally, from 1972 Paul Rodgers and Free.  We were about to move house and remember being in the middle of helping pack boxes and hearing this track.  Paul went on to work as lead singer with Queen for a while following Freddie Mercury’s death.

Arriving back from our week away in Dartmouth I’ve now settled back into writing. Once more  I’m nearly at the end of a book writing journey; one which has taken longer than usual. This is because I wasn’t happy with my opening chapter. I didn’t just revise it, I completely rewrote it . This had a knock on effect through the rest of the book, meaning more time working on changes. For me the first chapter is the most difficult to write. It is also the most important if you are planning to hook the reader and draw them into the story.  Therefore I have to be happy with it.

On 14th September I planned to leave my writing behind keen to take a complete break and spend some catch up time with family. However, there was one key scene I couldn’t leave behind; one I was sure distance and a new environment would help me sort out. The book was complete apart from one crucial scene where the two main protagonists get up close and personal for the first time.  It was all there – the location and scenes leading up to that all important moment.  All I needed was to sit down and hope sometime during that week I’d get the inspiration to write it.

For a couple of weeks prior to the holiday I’d worked through various options. On one occasion I’d actually  written a scene I thought would work.  To a certain extent it did, but not in a way that convinced me I’d cracked it.  So Dartmouth I decided,

far away from domestic and other day to day distractions, was going to be my salvation.  In those moments between our days out and evenings  spent in one of the local restaurants I sat and watched the river from the window seat in our apartment. It was an opportunity to give the whole thing my total concentration.  And eventually it worked – that light bulb moment arrived.

So now I’m  sitting in front of my computer ready to write that final missing piece of the story. Wish me luck!

Quince now in flower in the garden.

Quince now in flower in the garden.
Can't wait to get some bedding olants in to give the garden some colour #springtime #gardening
Blossom everywhere...
Every year this house always has a wonderful display of daffodils
Blue sky and blossom on a fabulous spring day
Loading Comments...
Comment
×
<span>%d</span> bloggers like this: