How far would you go if someone took your wife?

Especially, if you buried her a week ago.

When Jason Wells is faced with this scenario, he is confronted with the prospect of committing a crime that will have far-reaching consequences.

Can young DC Sally Poynter get through to him before he crosses that line, or does a desperate husband prove to be the case she won’t ever forget?

A prequel novella, set before Shallow Waters, the first in the DI Hannah Robbins series.

The grave had been dug out. There had been a strong frost for the last couple of days and the ground had been hard. Difficult to penetrate. Cold and unforgiving.
There was a chill in the air and a light breeze shimmied through the branches of the autumnal trees that surrounded the space, making the leaves whisper their secrets for a moment.
The four people on the ground would have liked to have known those secrets, but they stood there in a respectful silence.
Not many people knew about today. Her husband wasn’t here. He’d had the choice. The group had advised against it.
They’d strongly recommended that he stay away, and he’d listened to their counsel.
It was causing more trouble than anyone thought possible. Unusual, to say the least.
She shivered. A feeling that shook her body from the top of her head down to her feet. It gave her the chills – to be here. To see this. She looked at the other three. She was out of her depth, she knew it, but she wouldn’t allow it to show. She could do this. She had to do this. It was her life now.
A bird flew overhead, screaming down at them. The sky a heavy grey blanket.
The woman on her right spoke. ‘Okay, you can do it.’ She pulled the scarf tighter around her neck to try to keep some warmth in. This was about to get a whole lot creepier.
The man picked up his tool from the ground and inserted it under the lip of the lid, then stopped and stared at them, a look in his eye she didn’t like.
DC Sally Poynter hadn’t yet been on Nottingham’s Major Crime Unit for a month, and this was the first new case that had come in. As the man responsible for unsealing the coffin they were stood over looked panicked, she wished she were somewhere else other than here, this cold grey morning.
‘It’s already been opened.’
‘Lift it up then, let’s see,’ said her DI, Hannah Robbins.
The lid was raised and they all stood there and stared down into the empty coffin of Lisa Wells. 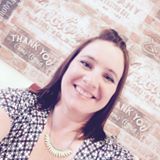 Rebecca Bradley is a retired police detective and lives in Nottinghamshire with her family and two cockapoo’s Alfie and Lola, who keep her company while she writes. Rebecca needs to drink copious amounts of tea to function throughout the day and if she could, she would survive on a diet of tea and cake while committing murder on a regular basis.

PURCHASE LINKS: This link will take the reader to whichever country of origin Amazon s/he needs to be in. http://mybook.to/3WDWebsite