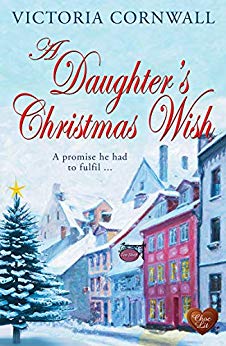 A Cornish Christmas wish sent across the ocean …

A promise to a fellow soldier leads Nicholas to Cornwall for Christmas, and to the teashop managed by Rose; the youngest daughter of a family whose festive spirit has been blighted by their wartime experiences. But as Nicholas strives to give Rose the best Christmas she could wish for, he begins to question whether his efforts are to honour his friend, or whether there is another reason …

Having received an ARC copy of this novel, I read it during the run up to the Armistice Day.  Rose has a hard, unhappy life. She has lost her brother and her future husband to the battlefields of France. Not only has she got to cope with her own loss, but she supports parents who since the death of  her brother Arthur are shadows of their former selves – people who have given up on life. Her days are spent baking and serving tea and cake in the small tea shop owned by her brother Arthur, a man who had plans for his business when war had ended. Once her working day is over she returns home to a sad house; place where her parents are too wrapped in their own grief to notice her, other than to complain if things aren’t right.

Into her life walks a handsome soldier – Nicholas, who begins visiting the tea shop daily. He soon becomes the one bright spot in her life. But little does she realise he is there for a purpose.

I love Victoria’s novels and this one, coming at the time it did was a poignant reminder of the suffering people went through at that time. I really felt for Rose’s plight. There was no joy in her life, nothing to look forward to, only sadness and loss to accompany her days.

Nicholas was beautifully written. A good, kind gentle man honouring a dead friend’s last request.One by one he took each line of the poem she had written to boyfriend Sam – requests for her perfect Christmas – and made them real.  I loved the way each of the things he did for her gradually changed Rose, making her believe she could enjoy life again.  Nicholas finds himself falling in love with her, but how can he possibly compete when the ghost of Sam still lingers in Rose’s heart?

All in all a lovely romantic Christmas story with some unexpected twists – one of which I didn’t see coming. 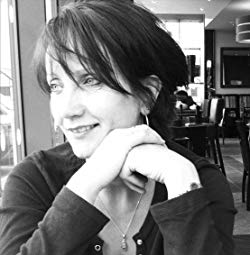 Victoria Cornwall grew up on a farm in Cornwall and can trace her Cornish roots as far back as the 18th century. It is this background and heritage which is the inspiration for her Cornish based novels.Following a fulfilling twenty-five year career as a nurse, a change in profession finally allowed her the time to write. She initially self-published two novels, Old Sins Long Shadows and The Gossamer Trail under the name B.D.Hawkey. In 2016, award winning publisher, Choc Lit, acquired both books as part of a four book deal. Old Sins Long Shadows is now published under the new title, The Captain’s Daughter, and The Gossamer Trail is now titled, The Daughter of River Valley. Victoria is married and has two grown up children. She likes to read and write historical fiction with a strong background story, but at its heart is the unmistakable emotion, even pain, of loving someone.

She is a member of the Romantic Novelists’ Association.