When midwinter magic brings you home for Christmas …
When Emmy Berry arrives at Hartsford Hall to work at the Frost Fayre she immediately feels at home. Which is odd because she’s never set foot in the place in her life.
Then a freak blizzard leaves her stranded and things get even weirder when she bumps into Tom Howard. Tom and Emmy have never met before but neither can ignore the sense that they know each other.
With Christmas fast approaching and the weather showing no sign of improving it soon becomes apparent that Hartsford Hall has a little bit of midwinter magic in store for them both … 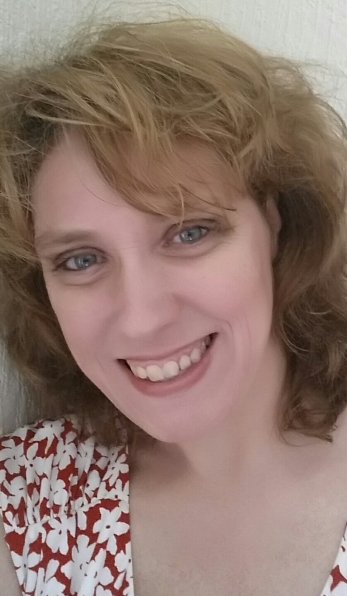 Kirsty is from the North East of England and won the English Heritage/Belsay Hall National Creative Writing competition in 2009 with the ghostly tale ‘Enchantment’.

Her timeslip novel, ‘Some Veil Did Fall’, a paranormal romance set in Whitby, was published by Choc Lit in Autumn 2014. This was followed by another Choc Lit timeslip, ‘The Girl in the Painting’ in February 2016. ‘The Girl in the Photograph’, published in March 2017, completes the Rossetti Mysteries series. The experience of signing ‘Some Veil Did Fall’ in a quirky bookshop in the midst of Goth Weekend in Whitby, dressed as a recently undead person was one of the highlights of her writing career so far!

Kirsty’s first timeslip novel ‘The Memory of Snow’, commended in the Northern Writers’ Awards, is set on Hadrian’s Wall, with the vampire tale ‘Refuge’ set on the Holy Island of Lindisfarne. She has also put together a collection of short stories, a non-fiction collection of articles and writes Gothic Fiction under the pen name Cathryn Ramsay.

Kirsty has had articles and short stories published in Your Cat, Peoples Friend, Ghost Voices, The Weekly News and It’s Fate, and her short stories appear in several anthologies. She was a judge in the Paws ‘n’ Claws ‘Wild and Free’ Children’s Story competition in 2011, 2013 and 2014, and graduated from Northumbria University in December 2016, having achieved a Masters with Distinction in Creative Writing.

Cliff Railway at Lynmouth
Here on Tuesday for Christmas lunch...the first of many.
My little feathered Christnas friends have a new companion...
Sometimes there are special moments that stay with you for a long time. This was one of them from our holiday in Fowey last year. Dinner at The Old Ferry Inn, Boddinick and then afterwards travelling back as dusk settled over the river - magic! #Cornwall #Fowey #holidays
Mist along the river this morning...
Driving acriss Bannerdown Common on our way to lunch yesterday. A little sunshine between the raun..