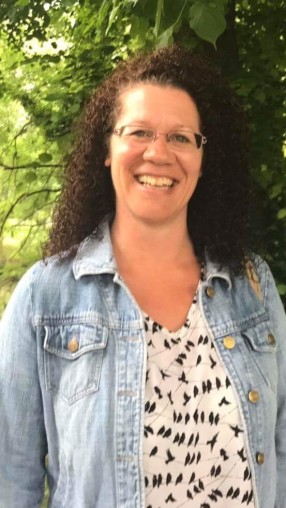 Hi Rachel and welcome. Can I start, as always, by asking you a little about yourself?

Sure! Thanks for having me here today – I live in a small town near Bath, England with my husband of 20 years, our two teenage daughters and mad chocolate Labrador, Tyler. When I’m not working (which isn’t often!), I like to read, knit and watch far too much TV.

When did you decide to become a writer and how did you begin that journey?

I’ve wanted to write books since I was about eight or nine and discovered Enid Blyton’s Secret Seven series. I was obsessed with them! Unfortunately, real life distracted me, and I worked in a bank for 10 years before I left to look after my children full-time. When my youngest started school in 2005, I had a ‘now or never’ moment and my first book, Searching For Sophie, was published by The Wild Rose Press in 2007. I haven’t looked back since!

What makes a good hero?

For me, a good hero is someone who is strong inside and out, caring, kind, fiercely (but not violently) protective and a provider. I tend to write strong heroines, so I like to create heroes who can match their passion and integrity.

You write both contemporary and historical fiction. Have you a favourite?

I love both equally! I love that I can write both as it gives me the opportunity to alternate between the two genres and, hopefully, keep my writing fresh for me and my readers. I signed a four-book historical contract with Aria in January, so I won’t be writing any contemporary for a while but I’m sure the time will fly by until I can.

What destination is at the top of your bucket list?

I’d really love to visit the US and see The White House before travelling to Maryland were I’d like to stay in Nora Roberts’ hotel in Boonsboro and attend one of her signings which she regularly holds in her husband’s bookshop in the same town.

When not writing, what do you like to read?

According to my husband, I read everything, lol! My favourite genres are romantic suspense, historical fiction based on past British kings and queens and historical crime, such as books by CJ Sansom and Alex Grecian. The only genres I can’t read are paranormal or sci-fi.

And finally, you’re appearing in I’m a Celebrity Get Me Out of Here. Which four celebs would like to appear with you on the show and why?

Ooh, tough question! David Attenborough because I admire him so much and could listen to his voice all day. Oprah Winfrey because she is my inspiration in my quest to live an authentic life. Peter Kay because he only has to smile to make me laugh and Nora Roberts so she can teach me to write as brilliantly and as prolifically as her!

Rachel lives with her husband and two teenage daughters in a small town near Bath in the UK. Since 2007, she has had several novels published by small US presses, eight books published by Harlequin Superromance (Templeton Cove Stories) and four Victorian romances with eKensington/Lyrical.

In January 2018, she signed a four-book deal with Aria Fiction for a brand new Edwardian series set in Bath’s finest department store. The first book, The Mistress of Pennington’s released July 2018.

Rachel is a member of the Romantic Novelists Association and Romance Writers of America, and was selected to mentor the Superromance finalist of So You Think You Can Write 2014 contest. When she isn’t writing, you’ll find Rachel with her head in a book or walking the beautiful English countryside with her family. Her dream place to live is Bourton-on-the-Water in South West England.

She likes nothing more than connecting and chatting with her readers and fellow romance writers. Rachel would love to hear from you!

1910 – A compelling tale of female empowerment in Bath’s leading department store. Perfect for the fans of the TV series Mr Selfridge and The Paradise.
Elizabeth Pennington should be the rightful heir of Bath’s premier department store through her enterprising schemes and dogged hard work. Her father, Edward Pennington, believes his daughter lacks the business acumen to run his empire and is resolute a man will succeed him.
Determined to break from her father’s iron-clad hold and prove she is worthy of inheriting the store, Elizabeth forms an unlikely alliance with ambitious and charismatic master glove-maker Joseph Carter. United they forge forward to bring Pennington’s into a new decade, embracing woman’s equality and progression whilst trying not to mix business and pleasure.
Can this dream team thwart Edward Pennington’s plans for the store? Or will Edward prove himself an unshakeable force who will ultimately ruin both Elizabeth and Joseph?