The Girl in the Photograph by Kirsty Ferry: Extract Post

‘Ahoy there!’
Lorelei saw the figure on the shore waving to her as she settled on the rocks and felt a little burst of anger that her fun had been thus intruded upon. Then, as she watched him come closer to the shoreline, she realised that he was quite a stranger, and therefore very possibly the artist from the Dower House. From his confident stride and the way he held himself, this was no old man – no elderly gentleman who she could chat to. This was someone altogether much younger and much more vibrant.
She sat up straight on the rock and began to wring her hair out, twisting it and squeezing it between her long, artistic fingers. ‘Do you have permission to be on this beach?’ she shouted. ‘It is private, and I’m afraid that you are trespassing. If that is the case, you may have to be shot.’
The man laughed and she could see he was wading out towards her, heedless of his trousers soaking up the sea water.
‘I do have permission,’ he shouted back. ‘I’m renting the Dower House from the Scarsdales. I might ask you the same question. Do you have permission to be here?’
‘Then I assume you are Mr Cooper,’ stated Lorelei, ignoring his query.
‘I am indeed Mr Cooper,’ replied the man. He bowed elegantly, if a little mockingly, and she noticed with appreciation the fact that his hair fell over his face in a very Bohemian fashion.
‘Then you are an artist, Sir.’
‘I am an artist. But my medium is photography.’ He took a few more strides towards her so the water was up to the middle of his thighs and he smiled. The deep brown of his eyes was very pleasing and Lorelei smiled back. ‘Yet I do not know who you are,’ he continued. ‘Are you perhaps a mermaid or a siren, waiting for a sailor to clamber onto your rock and lapse unto certain death?’
‘You are Scottish, Mr Cooper,’ commented Lorelei, deliberately evading his questions. It would be rather fun to keep him guessing, she had decided. God knew she had little enough fun with Walter and she could never talk to him like this.
‘I am indeed Scottish. And that is now three things you know about me, Madam Siren.’ He held up his hand and began counting them off his fingers. ‘I am Mr Cooper. I take photographs. And I hail from Scotland. Oh! No, my apologies. You know four things. You also know that I have permission to be on this beach, which is more than I know about you. I may have to report you to the Scarsdales after all.’
‘Report away.’ Lorelei slipped off the rock and began to swim diagonally across the expanse of water, cutting quite closely by him on an arrow-straight route towards the bathing machine.
‘Incredible woman!’ Julian called after her. ‘I will discover your identity, have no fear.’
‘Oh, I don’t fear that!’ she shouted back over her shoulder. ‘And I am sure we shall meet again, sometime soon, Mr Cooper. Adieu!’

What if the past was trying to teach you a lesson?
Staying alone in the shadow of an abandoned manor house in Yorkshire would be madness to some, but art enthusiast Lissy de Luca can’t wait. Lissy has her reasons for seeking isolation, and she wants to study the Staithes Group an artists commune active at the turn of the twentieth century.
Lissy is fascinated by the imposing Sea Scarr Hall but the deeper she delves, the stranger things get. A lonely figure patrols the cove at night, whilst a hidden painting leads to a chilling realisation. And then there’s the photograph of the girl; so beautiful she could be a mermaid … and so familiar.
As Lissy further immerses herself, she comes to an eerie conclusion: The occupants of Sea Scarr Hall are long gone, but they have a message for her and they’re going to make sure she gets it.

Book 3 in The Rossetti Mysteries, Book 1 – Some Veil Did Fall. Book 2 – The Girl in the Painting

The Girl in the Photograph is available to purchase as an eBook and paperback from all good book retailers. Click here for buying options: http://www.choc-lit.com/dd-product/the-girl-in-the-photograph/ 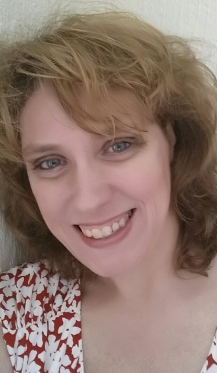 Kirsty Ferry is from the North East of England and lives there with her husband and son. She won the English Heritage/Belsay Hall National Creative Writing competition in 2009 and has had articles and short stories published in Peoples Friend, The Weekly News, It’s Fate, Vintage Script, Ghost Voices and First Edition. Her work also appears in several anthologies, incorporating such diverse themes as vampires, crime, angels and more.
Kirsty loves writing ghostly mysteries and interweaving fact and fiction. The research is almost as much fun as writing the book itself, and if she can add a wonderful setting and a dollop of history, that’s even better.
Her day job involves sharing a building with an eclectic collection of ghosts, which can often prove rather interesting.

On it's way to the editor.. and breathe.

On it's way to the editor.. and breathe.
#Cornwall #goodmemories #staycation
Great to see everything looking so much greener #spring #woodland #sunshine
Sunset in the woods across the valley this evening
Quince now in flower in the garden.
Can't wait to get some bedding olants in to give the garden some colour #springtime #gardening
Loading Comments...
Comment
×
%d bloggers like this: