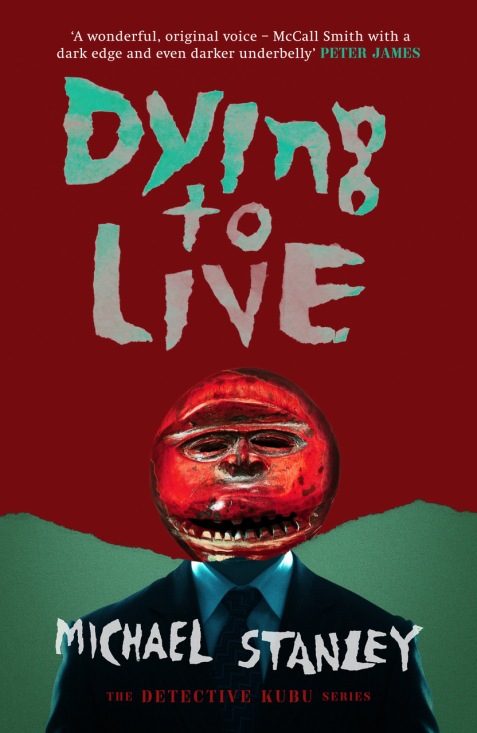 Book 6 in the Detective Kubu Series

The sixth mystery in the beloved and critically acclaimed Detective Kubu series. Kubu and his colleague Samantha Khama track a killer through the wilds of Botswana on their most dangerous case yet.

When the body of a Bushman is discovered near the Central Kalahari Game Reserve, the death is written off as an accident. But all is not as it seems. An autopsy reveals that, although he’s clearly very old, his internal organs are puzzlingly young. What’s more, an old bullet is lodged in one of his muscles… but where is the entry wound? When the body is stolen from the morgue and a local witch doctor is reported missing, Detective ‘Kubu’ Bengu gets involved. But did the witch doctor take the body to use as part of a ritual? Or was it the American anthropologist who’d befriended the old Bushman? As Kubu and his brilliant young colleague, Detective Samantha Khama, follow the twisting trail through a confusion of rhino-horn smugglers, foreign gangsters and drugs manufacturers, the wider and more dangerous the case seems to grow. A fresh, new slice of ‘Sunshine Noir’, Dying to Live is a classic tale of greed, corruption and ruthless thuggery, set in one of the world’s most beautiful landscapes, and featuring one of crime fiction’s most endearing and humane detectives.

Sometimes it’s great to step outside the box and read something completely different. Crime isn’t my usual choice,  but when the opportunity arose to be part of this tour, I jumped at it – and it has to be said, Dying to Live proved to be an amazing read.

The sixth in the Detective Kubu series, it is set in Botswana. When a bushman is found dead, the post-mortem sets his age at well over 100. So how is it possible his internal organs are those of a much younger man? As they search for his murderer Detective Kubu and his team find more questions than answers. Is there is a connection between the disappearance of local witch doctor Kgosi Ramala and American university researcher Christopher Collins? Were they both involved with the dead man, who reportedly had knowledge of an anti-ageing plant? And are there more sinister forces at work here?

The story deals not only with the investigation but also takes the reader into Detective Kubu’s private life and some dramatic family issues he has to deal with.  It was also a rare treat to glimpse Botswana’s culture and scenery which acted as a great backdrop to the work of this crime solving team. Right from the first page I was completely hooked and would thoroughly recommend. 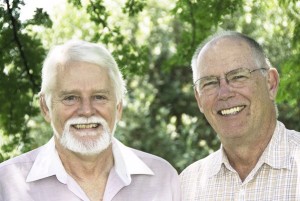 Michael Stanley is the writing team of Michael Sears and Stanley Trollip.  Both were born in South Africa and have worked in academia and business.  On a flying trip to Botswana, they watched a pack of hyenas hunt, kill, and devour a wildebeest, eating both flesh and bones. It gave them the premise for their first mystery, A Carrion Death, which introduced Detective ‘Kubu’ Bengu of the Botswana Criminal Investigation Department.  It was a finalist for five awards, including the CWA Debut Dagger.  The series has been critically acclaimed, and their third book, Death of a Mantis, won the Barry Award and was the finalist for an Edgar award. Deadly Harvest was finalist for an International Thriller Writers’ award, and book 5, A Death in the Family, was an international bestseller. 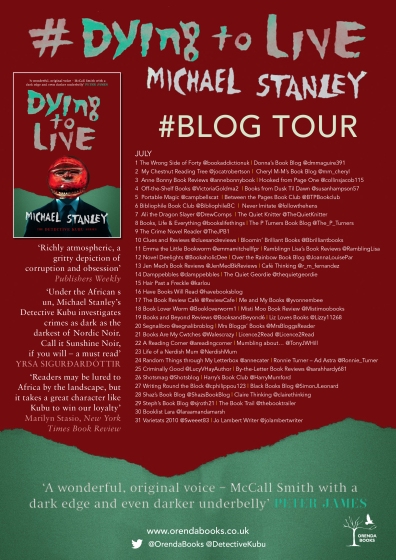 Strange pink sky last evening after the rain and then this...