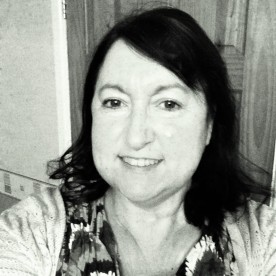 Welcome Lynette. Can I start, as always, by asking you a little about yourself and your writing career to date?

Hi Jo, thanks for inviting me to your blog. I’ve been a writer from as far back as I can remember—I’d either be busy scribbling down a story or plotting one in my head. Then when I got to the age of fourteen, one of my English teachers at school started reading my stories out to the class. I suppose I must have shown some talent back then but took it all for granted.
At the age of forty, I decided to take my writing seriously and joined a creative writing group at a local library. I began to send off short stories and non-fiction articles to magazines and websites, achieving a little success. I remember one day receiving a copy of an Australian magazine [with a cheque] in the post for my first published article. It came out of the blue more than eighteen months after I’d submitted it to them. It was a great thrill to see my work in print and for payment too!
I carried on doing this alongside my job as a counsellor. Then I wrote my first novel and thought it might be a good idea to donate the royalties to the cancer charity I worked for at the time. I thought I’d do it quietly, maybe without fuss, but the charity had other ideas and I ended up having my first book launch at a local castle, coincidentally, the castle which was my old school. The launch itself was held in a room which was just yards away from where my English teacher had read out my stories to the class all those years ago! It was a phenomenal day. The mayor and press were in attendance along with family, friends and charity members. All books sold out, there wasn’t even one left for the mayor! We had to order more.
Nowadays, I write practically full-time apart from the occasions when I babysit my grandchildren. Although I’ve made some money from book sales over the years, it wasn’t until this month, November 2016, sales really took off for one of my books. I don’t know why or how it happened, but I’m thrilled nevertheless! That book, The Workhouse Waif, which is a Victorian Historical Romance, moved up the Amazon Kindle chart very quickly and became an Amazon bestseller. While I was writing that book, I thought maybe I should pack it all in as although I have dedicated fans of my books, they only sold in small quantities, maybe a few at most a day. I thought I’d make it my last book and concentrate on other things. But then following publication, sales rocketed and it’s been in and out of the top 3 for Victorian Historical Romance ever since! So it goes to show that maybe the time we’re about to give up something or other as we feel we’re not getting anywhere, is the very time we SHOULD carry on!

When did you first decide you wanted to write and how did you begin that journey?

I don’t remember actually deciding to write but I do recall even as a child writing my own stories. I was an avid Enid Blyton fan and used to make my own little books. I have a memory of penning a story for a children’s writing competition. My grandfather typed it up using one finger on my brother’s toy typewriter and posted it off for me. It didn’t win anything but maybe it gave me the ‘writing for submission’ bug!

You are an author of both historical and contemporary fiction. Which do you enjoy writing the most?

I also write crime fiction under the name ‘Lyn Harman’. I enjoy whatever I’m writing at the time, it almost as if I have some sort of split personality when I write in different genres. I think though if I could only write in one genre, it would be historical fiction as I enjoy the research almost as much as actually writing the novel itself. I’m passionate about local and family history.

Are there any authors who inspire you?

Yes. Apart from mentioning Enid Blyton earlier, there are lots. At the moment, I’m inspired by Mary Wood and Dilly Court. Mary, because I know her online and she’s generous and helpful to other authors. She’s had an amazing writing journey herself and is a wonderful writer. Dilly Court, because she writes the sort of stories I’d love to write myself. Can you imagine the thrill I’ve had lately to have my book in the charts side-by-side with some of Dilly Courts! I had to pinch myself as I never thought in a million years that would happen. Jackie Collins has also been a huge inspiration to me. Though the first adult book I remember reading was, ‘Girl With Green Eyes’ by Edna O’Brien, and that story wowed me!

Can you tell us something about your latest WIP?

Yes, it’s a follow up to ‘Murder by Midnight’, a crime fiction novel set in my hometown of Merthyr Tydfil. It’s called, ‘What Lies Ahead’. A serial killer story with a twist. This time, it’s the work of two people, one, who is the leading force behind the murders, the other is an accomplice. There’s also a link with a secret organisation called, ‘The Inner Sanctum’ in this story which several characters are involved with, which complicates the police investigation. Ruth Carter, who was the female detective in the first book, features in this one too with her partner, Vince. Vince is middle-aged and very ‘old school’ when it comes to policing, he can be quite brusque with people but Ruth knows he has a softer side to him, particularly when it comes to her. A young nurse disappears and it’s a race against time for the duo to track down her whereabouts before she’s killed. The abductor begins to taunt the police with messages he places in the personal ads of a local newspaper.

And lastly, if you were able to invite four guests to dinner, who would they be and why?

If I’m allowed to invite people who are no longer with us, I’d choose Enid Blyton, Agatha Christie, Roald Dahl and Jackie Collins. The reason I’d invite them is because I’d love to ask how they wrote such great stories that entertained so many people. Jackie, in particular, has been an idol of mine for years. I also think she’d be great company as she’d feed me all the Hollywood gossip as we chatted over a few glasses of champagne and she’d shock the other three with her Glamour Wood Tales!

CATCH UP WITH LYNETTE ON SOCIAL MEDIA 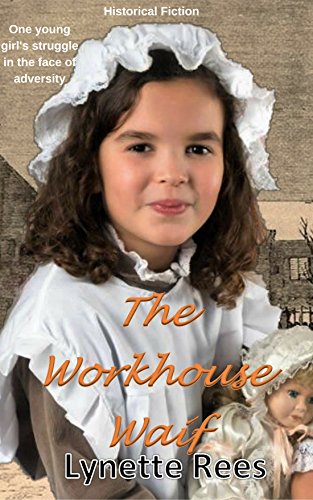 ABOUT THE WORKHOUSE WAIF

Megan’s family has fallen on hard times. Her hardworking collier father was killed in a mining accident at Castle Pit Troedyrhiw, and her mother has six mouths to feed, besides her own, so they all find themselves interned at the local workhouse.

One day, Megan has been asked by the matron to fetch some shopping as there’s a Board of Guardians meeting that afternoon, she is skipping past the Temperance Hall holding a wicker basket in her hand, when she’s stopped in her tracks by the most melodious voice she has ever heard in her life. It’s the voice of an angel, called, Kathleen O’Hara.

Megan doesn’t realise it, but their paths are about to cross and maybe a little magic is about to occur…