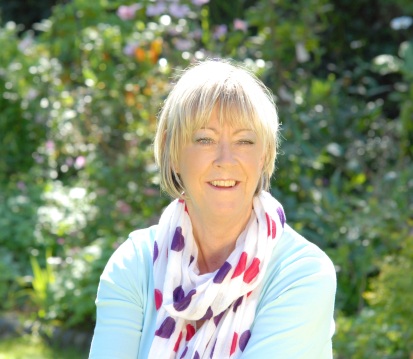 Good morning Maggie and welcome. Can I start, as always, by asking you a little about yourself?

Good morning Jo, and thank you for inviting me. I was born in Yorkshire but moved to London where the first years of my working life were spent very happily in public libraries. I had a spell designing and producing my own knitwear then it was back to a different sort of library. I joined Sky News when it first launched and helped develop the channel’s news footage archive. They were exciting times but working in 24 hour rolling news is a bit like being in stuck in a revolving door and after seventeen years I left London with my partner (now husband) to see what life outside the M25 had to offer. We settled in Norfolk and never looked back.

Have you always wanted to be a writer? How did that journey begin?

To start with I was more of a reader than a writer. I only thought about writing myself when I started to question what I was reading and wondered if I could do any better. Like a lot of people who tell you they would write a novel if only they had the time (!), I had this naïve notion that, because I was a keen and critical reader, writing a novel wouldn’t be too difficult. Hah! I was soon disabused of that notion; writing convincing dialogue is hard, I discovered. But I was determined. I went on an Arvon novel-writing course, collected a 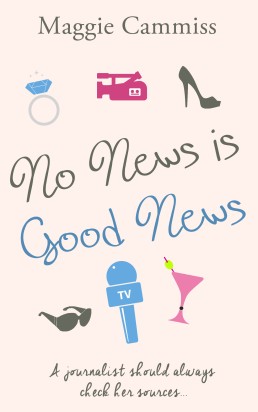 library of how-to books and joined a local writing group. My first published writing success was a short memoir about my time spent working in a liquorice factory in Pontefract in the 1960s.

After writing two novels set in a television newsroom (write about what you know, they said), I needed a change of scenery and I also wanted to write about the experiences of women my own age. The current novel, working title, Serendipity, explores the relationships between four women, the secrets they keep from each other and the consequences of their silence. My new characters are older and hopefully wiser, and have their individual ways of dealing with some universal problems. There’s conflict and drama, a hint of romance and some wry comedy in the mix.

In an ideal world I’d write in the mornings as this is the best time for my brain, but we have my mum in law living with us now and she has Alzheimer’s, so the first part of the day is taken up with her personal care and maybe slotting in some social media. Fitting my writing around the demands of Mum’s condition can be quite a challenge but now I’m retired I can be more flexible with my time. These days I write mainly in the afternoons and keep evenings free for other stuff. Years ago I began waking up very early in the morning, and I haven’t managed to break the habit, so I snuggle down in bed and catch up on my reading, with a mug of tea, of course. And I have a notebook beside the bed for making notes in the dead of night.

Do you have a special place for writing?

I’m very lucky; I have a study where I can shut myself away and type straight onto the screen. But I quite like writing longhand too, and I can do this anywhere – in front of the television, at the kitchen table, in the car (not when I’m driving!), on the beach, in the garden, in bed….

What destination is top of your bucket list and why?

I lived in Boston, Massachusetts for a year when I was 21 and loved it. I’ve been back to the States several times since but apart from a brief visit to the Grand Canyon during a road trip on a Greyhound bus, I haven’t really explored the Wild West. I watched lots of Westerns when I was a child, so I’d like to go back with my husband and take a more leisurely tour of this magnificent wilderness.

You’re taking a sabbatical on a desert island. What four ‘must haves’ would you take with you and why?

Oh, that’s a tough one. I suppose it depends on how long I’ll be away. The first one is easy – an unlimited supply of tea; I can’t function without it. Also, being one of those people who panic if there’s nothing to read, even cereal packets, a selection of books is also a must. Something improving, like all the classics I still haven’t read, and some easy reading to distract me from my predicament. If I can’t take my husband with me, then a photograph of him will have to do, because I’ll miss him so much. To make proper use of all that time a supply of writing paper and something to scribble with would be useful. Oh, and chocolate. But that’s five. Maybe I could manage without the chocolate if I’m only going for a week…

It might be a cliché, but writing about what you know certainly worked for me. Seventeen years spent in the hectic environment of a 24-hour rolling news channel provided me with masses of background material and my first two novels are set in a television newsroom. My debut novel, No News is Good News was published by Accent Press in December 2014 and Breaking News by new imprint Octavo Books in August 2016. Recently married to my long-term partner, I was thrilled to be able to put author in the ‘profession’ column of my new marriage certificate. I’m a member of the Romantic Novelists’ Association and when I’m not writing, I’m on the beach, walking in the beautiful countryside, or (more usually) reading a crime novel. 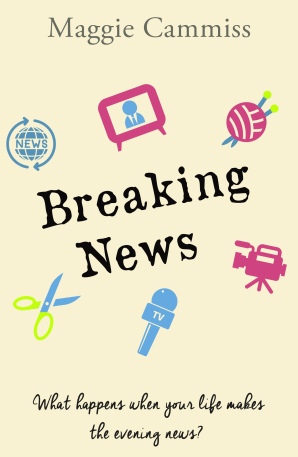 Television producer Sara Cassidy has her life all mapped out. She loves her job making weekly feature programmes for TV news channel UK24, and is looking forward to furthering her ambitions in the media. She is devastated when her fiancé makes a shattering confession but she hardly has time to come to terms with the betrayal when her closest friend is involved in a freak accident and Sara’s world is turned upside down once again.
As Sara struggles to maintain a professional perspective she finds solace in a new interest and a blossoming romance. But she has to be careful who she trusts in the cut-throat world of television news. Just as she is finding her feet again the career that means so much reveals its murkier side.
When she suddenly finds herself at the other end of the camera lens, Sara discovers that in the struggle for ratings, loyalty is in short supply.

We're back here in September. Looking forward to another relaxing week...