Good morning Mary and welcome. Can I start, as always, by asking you a little about yourself?
Good morning and thank you for inviting me, it is an honour to be your guest today.
I was born in Maidstone, Kent, brought up in Leicestershire and have lived in Lancashire since 1983. I now spend half of the year in Spain and half in England.
Now, for something about me that makes people gasp: I am the thirteenth child of fifteen! My mother was from an upper-middle class family. She married my father, an East-End barrow boy against her family’s wishes and was cast out for many years.
Growing up we were very poor but rich in love. Education was mainly centred on what I call the 4 R’s, reading, writing, arithmetic and religion. My favourite was writing and I used to sometimes get into trouble for writing too much when given a title for composition. I was told that though what I wrote was very good, the teacher didn’t have the time to go through it all and the school didn’t have the resources to supply me with two or three exercise books a term. My destiny had already begun . . .
I have been married for 53 years to Roy – not the famous Roy Wood from Wizard, I hasten to add, though mine does do a good rendition of ‘I Wish It Could be Christmas Every Day’ when he’s had a couple . . .
We have four children, eight grandchildren and four step-grandchildren and eighteen great-grandchildren. Family picnics and get-togethers are lovely, but Christmas is expensive!

How did your writing journey begin?
An avid reader, with thoughts that I could write a book, and a story going round my head, I first put pen to paper, in 1989 – literally as I didn’t own a typewriter.
I was nursing my mother during her last months. A traumatic time from which I needed some respite and a channel for my emotions.
Like all would-be authors I imagined I was writing the next best-seller as I sat in the garden during the hour or two when mum would take a nap. I could even visualize the block-buster film!
That manuscript is gathering dust on a shelf having been rejected so many times I could paper a wall with the letters. However, I never gave up and here I am 27yrs later, a Sunday Times Best-Seller, and published by one of the ‘big six’ publisher’s Pan Macmillan – Dreams do happen!
Besides a longing to write, and not being able to stop once I started, there is a genes element – my great grandmother, Dora Langlois, was an author and I am very happy and privileged to have acquired a first edition of one of her books. Published in 1908 there is 106 years between us having our books in print! Very proud to walk in her footsteps.

Who are your favourite authors and why?
I love Penny Vincenzi, her stories are so far reaching and have many threads, I love her style too, and have adapted it in my own writing. Each character has a chapter and their stories though intertwined, play out separately till that moment when everything comes together. Fascinating journey.
Barbara Erskine, is my tiny dip into the unknown. I’m not a fan of fantasy, but the present connecting with the past is a concept I do like to think is real. Barbara links characters to the past in a way that keeps me spellbound.
Catherine Cookson, my all-time hero and inspiration. The first commercial author I read, and read, and read as before that I read the classics, and loved them. I feel that Catherine was the first real, ‘character driven’ author. She drags you into the feelings and traumas of the people of her books as if you are there. An emotional journey and something I wanted to emulate. The greatest compliment I had of my northern trilogy was to be told the book reminded the reader of a modern-day Catherine Cookson novel.
Jeffrey Archer, a great story-teller. Loved his Clifton Chronicles and Kane and Able too. He is so knowledgeable about life in politics and history. He is another inspiration of mine.
I also have many other favourites, too many to say why: Margaret Dickinson, Annie Murray, Kate Thompson, and Diane Allen, all of whom are in the same publishing camp as me and I have had the pleasure of meeting. Then there is Marion Fellows, and, Oh so many, I would like to mention whose books have given me a lot of pleasure. However, there is one author I have to mention and do so with such pride, my sister, Felicity Dwyer. She published her debut on kindle last year, and it is a wonderful book. ‘When Blossoms Fall.’

What is your favourite food

I love paella and chocolate. Not all at once – oh, go on then….

I have just completed a book that will be published in Dec 2017, yes, we have to work that far ahead, as there are many processes a book has to go through from submission to reaching the shelves.

Entitled, Reach Out To Me, it is set in the Second World War, with a back drop of Bletchley Park, where the codebreaking operations were carried out.

However, the planning of it was going to feature much more of the park until I did my research. On visiting the fascinating Bletchley – a day out all the family can enjoy, I found that life for most of the women who worked there was quite hum-drum, as their work was difficult and intense and carried out over twelve hour shifts. So most of my action moved to their leave breaks.

My main characters are Flo and Molly.

As always, I have a girl from the north, as I love the depth of the northerners. Flo, a working-class girl works for a pharmacist who recognizes her potential and helps her to better her education by paying for night classes for her. This leads to discovering her genius at maths. When war breaks out she is a natural candidate for Bletchley Park.

Bletchley was staffed by nepotism, and it is her tutor who makes the introduction, his boyfriend is a code-breaker there and looking for an assistant.

Molly, a Londoner, is abused by her father who is a butcher. His shop is failing due to his drinking. A notorious gang move in and persuade him to let them use his shop as a front for their black-market operations. This gang also pimp girls and they force Molly to join their brothel. Holding her kidnapped and in fear.

The story examines this seedy side of life and the consequences of being gay in the mid twentieth century. It is an emotional journey of love and friendship with the backdrop of war – the blitz in particular. It has Flo as the mainstay, trying to keep lives together and heal them when they are broken. And, as is characteristic of me – it is a gritty novel that deals with all issues and doesn’t shy away from them.

Do you prefer to write in silence or with music playing in the background? If the latter, have you any favourite artists?

I need silence so that I can hear and listen to the characters as they tell me their story.

If you could invite four famous people to dinner who would they be and why?

If only I could have this dinner party, I’m already so excited about it.

I have loved being interviewed by you, Jo. I hope your readers enjoy reading about me. Thank you, once again for having me.

Thank you so much Mary for taking time to chat. 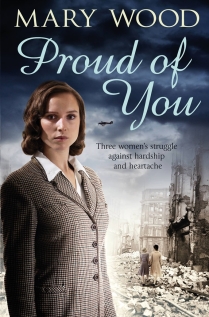 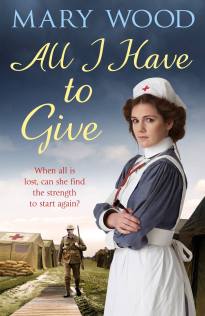 Time Passes Time: https://www.amazon.co.uk/Time-Passes-Breckton-Trilogy-Book-ebook/dp/B00IXLVWAA – (A spin off of my Northern Trilogy, but a stand alone book) also available in paperback – Amazon and WH Smiths

In Their Mother’s Footsteps (will be published in December 2016 and available for pre order) https://www.amazon.co.uk/Their-Mothers-Footsteps-Mary-Wood-ebook/dp/B01D0BD0X4 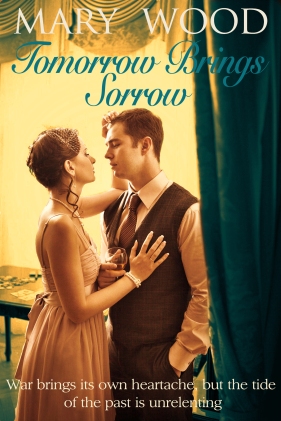 To Catch a Dream: https://www.amazon.co.uk/Catch-Dream-Breckton-Novels-Book-ebook/dp/B00SN935VQ – also available in paperback from Amazon and WH Smiths

Tomorrow Brings Sorrow https://www.amazon.co.uk/Tomorrow-Brings-Sorrow-Breckton-Trilogy-ebook/dp/B008PH7V7A Only available on Kindle, but will be out in paperback in May 2017

Judge me Not: https://www.amazon.co.uk/Judge-Cotton-Mill-Saga-Book-ebook/dp/B00EBFQG8K Only available on kindle. Plans for paperback in 2018.