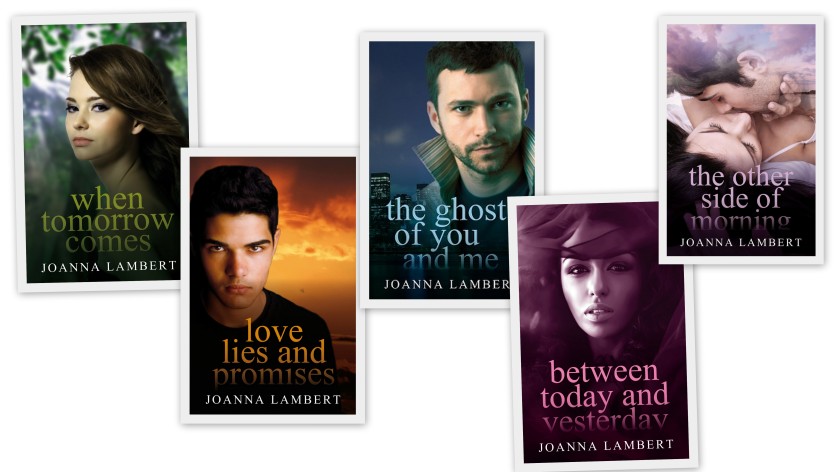 Our school days are supposed to be the best days of our lives – right?  Well I guess that very much depends on who you are.  Certainly I enjoyed college a whole lot more – freedom to dress how I wanted, lecturers who treated you like an adult and a far more relaxed teaching regime.  Having said that, there were many memorable moments during those school uniform years – and after.

I grew up in a tiny Wiltshire village on the edge of Salisbury Plain which had no shop or post office, no pub and no school.  So from five to eleven years of age I attended school in the next village three miles away.  There was nothing remarkable about those first six years of schooling – fifty pupils, three class rooms and three teachers.  That same school today has a teaching staff of over 25, the building has been extended beyond recognition and in keeping with this, there has been a dramatic increase in the school roll.  The picture above is a very old one taken at the beginning of the twentieth century

When I passed my eleven plus my very small world expanded dramatically.  I had been used to either being taken to school by parents, or in the spring and summer cycling unsupervised with two or three other kids from the village  – something

that would simply not happen in today’s world.  But, of course, those were far more innocent and gentler times.  Anyway, I’m drifting off course  – I’m now eleven years old and am attending Marlborough Grammar School (picture right) which means a daily thirty mile round trip, catching two trains each way; a huge challenge!  As you can imagine going from a village school with 50 pupils to one with ten times that amount took some adjustment too.  And, of course there was a complete new ream of subjects to learn, including French, Chemistry and Physics and for the first time, homework!

At the end of my first year we moved to the far west of the county and my maroon and black uniform was swapped for navy and gold as I joined the second year (Year 8 in today’s speak) at  Fitzmaurice Grammar School,  Bradford on Avon (below left).  This was a much smaller school – 300 pupils – and was a lot closer to home which made the daily journey (two bus rides each way) much easier. Class sizes were still the same, around 30 and for that first year our form room was at the rear of the school in a block of wooden huts which had been erected before the First World War!  Predictably, these huts were like freezers in the winter and saunas in the summer.  Thankfully, by the time we reached the third year (Year 9) we had moved up to classrooms in the newly-built Physics and Chemistry block.  It was in this class room that quite memorably the whole class of 3A found themselves in detention. We had this American exchange teacher for a year and I think the move from teaching in a US high school in Philadelphia to a

small provincial grammar school was a bit of a culture shock for him.  I was never sure this was the reason why he appeared to have very little humour and even less patience.  Anyway on this particular occasion we were waiting for him to arrive from the main school building and a large black Labrador wandered in.  As two of the class tried unsuccessfully to catch it and put it out, he arrived.  He wanted to know who had brought the dog into the classroom and when he was told it had come in by itself he simply didn’t believe us.  He tried to get someone to own up and when no one did, the whole class was given detention!

The guy who taught us English doubled up as piano player for Music lessons in the gymnasium.     On the English front, The Merchant of Venice was our Shakespeare play for ‘O’ level and he made a magnificent Shylock, pacing back and forth in front of us all waving the text book in his hand –  the stage definitely lost a star when he went into teaching!   On the occasions we gathered for singing in the gym one or two of the boys’ improvisations on lyrics – I remember What Shall We Do with the Drunken Sailor being one  in particular – saw his hands come crashing down on the piano keys.  He took singing very seriously and would make us all sit and listen while he would pour himself into songs (in the same the way he interpreted Shylock) as if introducing the uninitiated to something very grand.    I saw him many, many years later while shopping in the local supermarket.  By then it appeared Alzheimer’s had begun to claim him and I felt sad that someone with so much energy and passion for all he did had ended his days in this way.

Another pre-requisite for teaching appeared to be a deadly aim with chalk.  Our Maths teacher in particular could have turned it into an Olympic sport.  We never did work out how someone with their back to the class scribbling away on the blackboard could tell exactly who it was talking, turn with lightning speed and score an accurate hit.   Today, of course, that would not be allowed, no doubt he would have been charged with assault on a pupil. 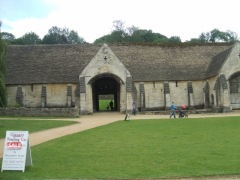 Another form of torture was meted out by our games mistress.  During winter months the afternoon games period would find her choosing pupils for netball and hockey teams and those left over were sent out with the boys on a cross country run.  No gloves,

no scarves but at least we got to keep our jumpers!  The run was all along the canal to the hamlet of Avoncliffe (picture  right) a couple of miles out of town then back along the road and into school. Remembering occasions when the fog came down really thickly I sometimes look back and wonder whether it ever crossed her mind about the danger of sending young girls out in twos and threes along deserted tow paths (in those days the local canal was all but derelict). On really cold days we got into the habit of setting off only to hide in Tithe Barn (above left) where there was a certain degree of protection from the elements. We had the whole thing down to a fine art; staying there for the right amount of time before sneaking across the railway line and back into town, returning looking suitably breathless!

When I finished my four years at Bradford on Avon I was looking forward to college, a business diploma and the intricacies of the typewriter keyboard.  The first time I sat in front of a typewriter, I could not understand how anyone could use this machine and get anything sensible from it.  Of course that was before I learned about ‘home keys’ and from there the various finger positions.  It’s funny how once you learn it becomes embedded into your sub conscious and completely automatic.  The only thing I do still find difficulty with is the top line of the keyboard where the numbers are situated and still have to look at my fingers.  And looking at fingers when we were learning to type was considered a hanging offence by our typing teacher!

Once we had built up a little speed the first five minutes of each lesson was given over to a typing test so we could check to see how we were improving.  Our typing teacher was a woman in her late forties with lilac hair – yes lilac!  In those days some women of a certain age favoured these sort of rinses if their hair was grey or white.  A rather pleasant shade of pale blue was also available if my memory serves me correctly!   During these speed tests she would pace up and down between the desks as we typed and if she happened to notice anyone looking at their keys they received a swat across the knuckles with the flat of the ruler she carried.  Again, this simply would not happen today but I have to say it was very effective – no one ever wanted to feel that ruler a second time!

So were those ‘Days of the Old School Yard’ happy days? Well a bit of a mixture really.  Yes I guess in comparison with today our teachers were quite hard and the times we lived in gave them licence to do things and treat pupils in a way they would never be allowed to do now.  However apart from one or two individuals, all had our respect and these little quirks of personality made them the colourful characters we remember so well today.