May is my special month. One for celebration. I gain another year. Since last years it’s also a little sad. In May 2021, I unexpectedly lost one of my best friends.  It made me pause and remember how we first met when her husband’s job moved them from Southampton to Wiltshire. She came to work as a PA in the same company as me.  Eighteen months later I left, but we kept in touch with regular meals out and dinners at each others’ houses.  She was slim and stylish and made a lot of her own clothes.  And she was a brilliant cook.  She was diagnosed with lung cancer in September 2021 and that was both a shocking and scary moment. But she fought back and although the tumour was inoperable, medication had shrunk it and she seemed to be coping well. But in a matter of months, out of the blue. two strokes changed everything and she was gone.  I guess it made me reflect on how important it is to make the most of now. To value friends and never take anything for granted.  I do miss her but have some wonderful memories of our times together.

Moving on. We spent a week in Cumbria this month to celebrate my birthday.  We rented a barn conversion on the edge of the Yorkshire Dales National Park.  The development of refurbished buildings where we stayed was where the Bronte sisters went to school.  So quite an appropriate place for a writer to spent a holiday.

Journeying up from the West Country, we expected delays. I’m not a lover of motorway driving, but for Cumbria it is a necessity if you want to keep your journey time to a minimum.  Just as the M5 joined the M6 everything began to back up. There was a bad shunt up ahead which caused a hour’s delay.  Coming back it was roadworks, but this time the hold up only stopped us for around twenty minutes.

While we were there, the weather behaved itself, with most of the rain falling during the night.  This was planned as a chill out holiday and we split our time between the Dales and the Lakes.  The day we decided on boat trip on Windermere, the sun came out and it was really hot.  The surrounding countryside is breath-taking with, of course, wall to wall sheep giving endless opportunities for photographs.  And there lies a sad tale.  Despite making lists and ticking off things as I packed them, I managed to come away without my camera!  I had my phone and an iPad, but it wasn’t quite the same. Therefore I became artistic director (!), pointing out good photographic opportunities to my OH. So I now have a holiday file of his photos on my PC as a reminder of the great week we had. 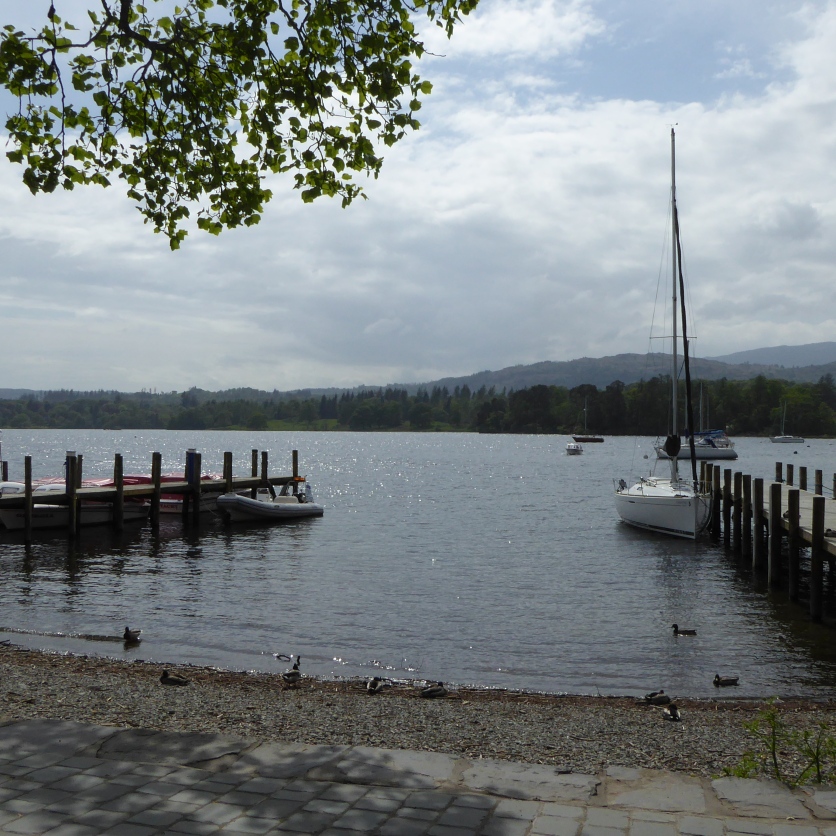 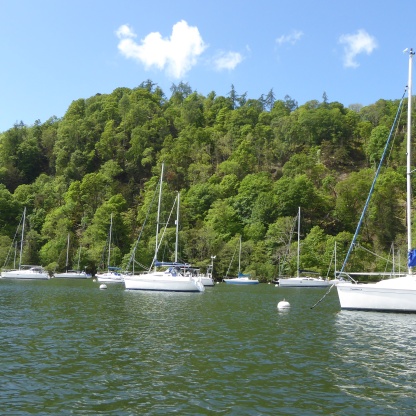 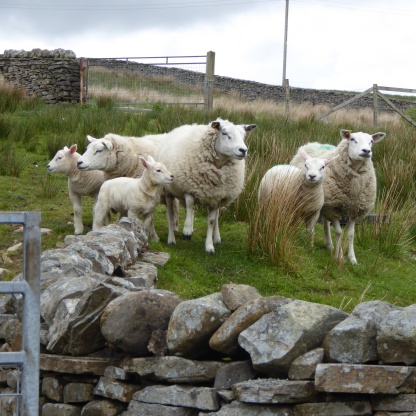 We also returned to Ambleside, somewhere we had first visited in August 1982.  It had been a spur of the moment decision. Pack a case, jump in the car and drive.  One of our memories of that time was eating out at Zeffirelli’s, a vegetarian restaurant with a small cinema.  Retracing our steps we were surprised to find it still there.  It’s now an award winning Italian vegetarian restaurant and the single cinema has been moved upstairs and expanded into a multi screen venue. 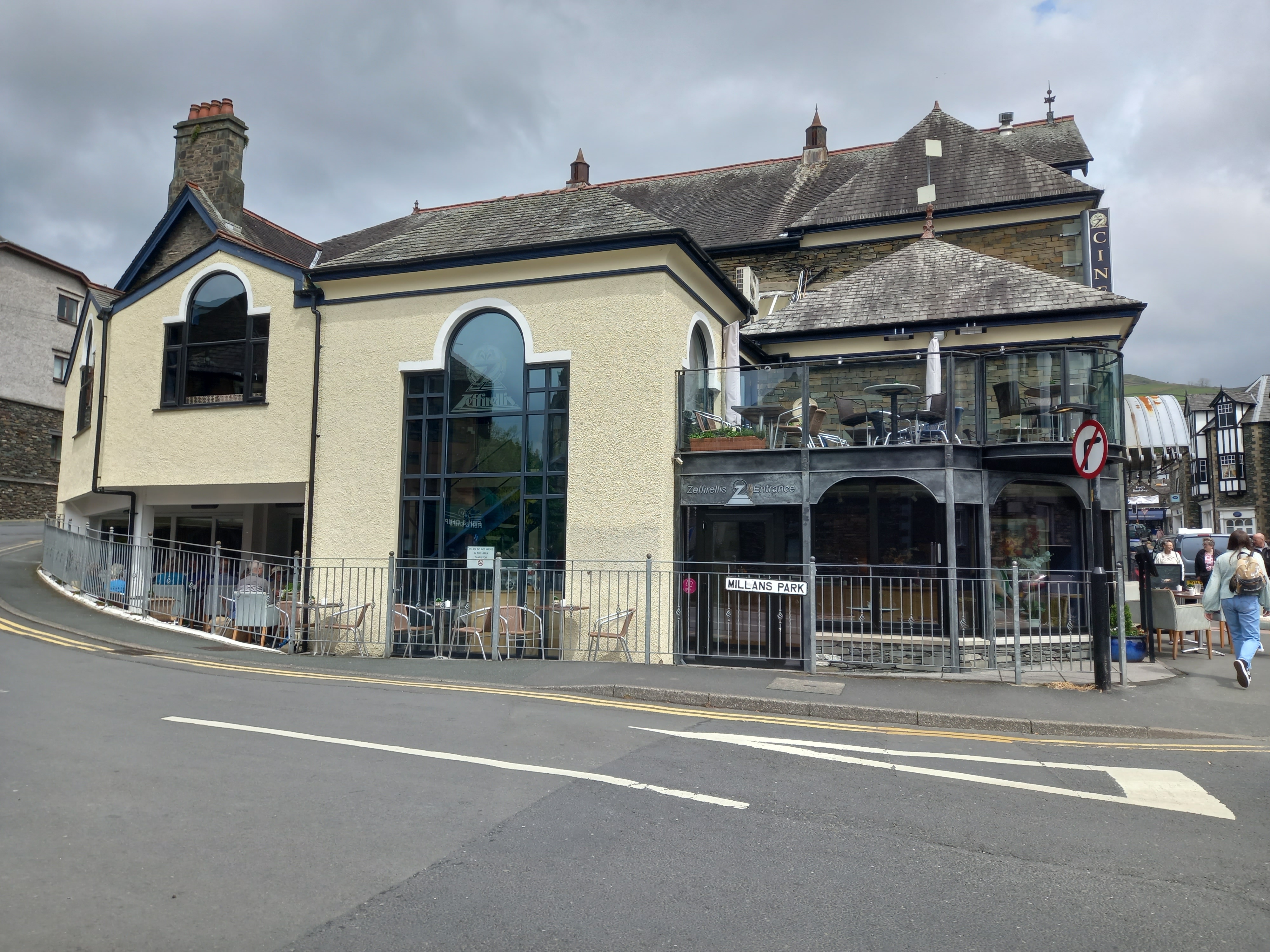 We’re now back and looking forward to returning to Suffolk in June. I didn’t get to visit Sutton Hoo last time around and after seeing The Dig (which reminded me) want to make sure of a visit this time.  While we are there, it will also be an opportunity to meet up with some Norfolk based friends and a catch up over lunch.

Book Progress: Everything is going well,  but I have had to reschedule publication due to all sorts of unexpected issues arising.  I’m now hoping for early September and the MS should be with my editor by end June.

Reading and Reviewing. Five titles this month. All very good.

So that’s it for May. The scary thing is that next month will mean we are half way through 2022 – where does the time go?

One thought on “ANOTHER MONTH: REFLECTIONS,CELEBRATIONS AND HOLIDAYS WITH SOME READING IN BETWEEN…”