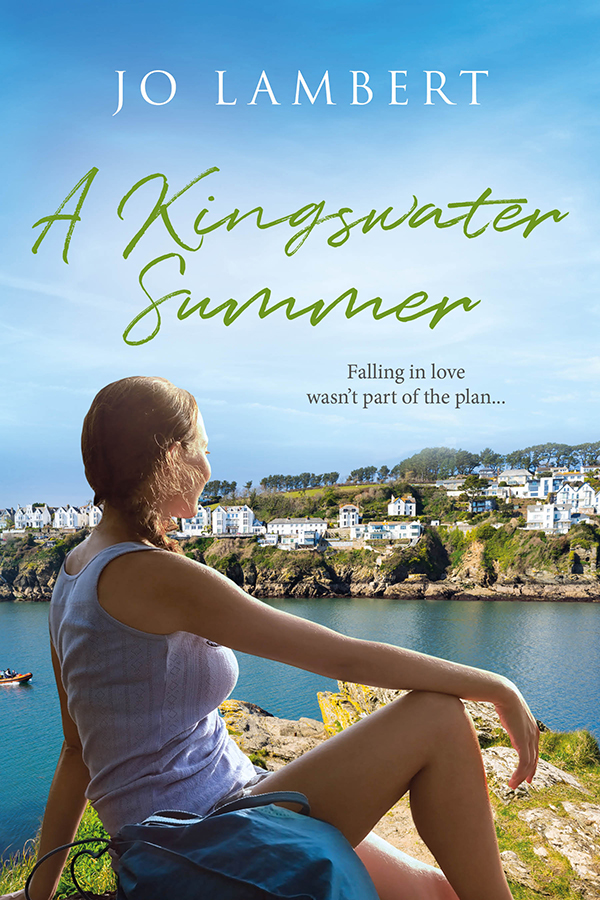 I’m delighted to shine a spotlight on a friend of mine today – Jo Lambert. Her new Cornish Coastal Romance (book 2) is published today and it’s called A Kingswater Summer. Isn’t the cover lovely? I used to live in Cornwall and Jo’s writing really takes me back there.

Newly returned from backpacking around Europe, Kiera Merrick has landed a dream job – working for actress Stella Wynter, helping set up a memory room at Penmarra, her beautiful riverside home just outside Kingswater.

Jake Paterson is currently staying with Stella after filming the final series of his popular TV drama. He is trying to work out how to get his co-star and long-term girlfriend Rachel Tyler back after she walked out on him. But Jake soon finds himself drawn to Kiera, developing feelings for her that have…

Or so says the famous quote. As a writer, I avoided both, although in the Little Court series, my first set of books based in rural West Somerset there were two collies – Gaffer and Laddie – owned by farmer Richard Evas. They were working dogs who got a few mentions. Someone I used to work with way back owned two collies. The younger dog, called Gaffer, became the muse for one of the fictitious duo. Then there was ‘Doggie’ Barker the old village man who had his faithful friend Toby.

There were no more canine characters until my eighth book A Cornish Affair and mother and son Gussie and Gulliver, Cat Trevelyan’s father’s much loved Labradors. Cat’s great aunt Emelia (Em) also got in on the act with her West Highland Terrier Hamish, a small dog with a reputation for absconding. During one of his bids for freedom, as Em searches for him she becomes a key witness in a murder investigation.

Up until that moment, dogs had only played a minor role in my stories. After all, as far as I was concerned, there was only a limited amount canines were capable of. That’s until I introduced Erik into my storyline for A Kingswater Summer, released today (Tuesday 10th August). Erik is a Schnauzer and owned by Stella Wynter, a retired actress who lives at Penmarra, a beautiful old house on the banks of the Kings River. An unexpected meeting sees my central character Kiera Merrick employed to assist in creating a memory room for Stella in the old house. I did not have any plans for Erik beyond being Stella’s companion. As far as I was concerned his role would be similar to Hamish. But as often happens, the characters take over and in this case, as the book progressed, so Erik’s role became more prominent.

First, he was instrumental in bringing Kiera and brooding actor Jake Paterson together. Without giving too much away, when he became parted from Stella, and Kiera took over responsibility for him, he gained a whole load of new fans. Kiera’s father Eddie, not a great lover of dogs, became his companion for evening walks by the river. On some days he kept the team at Merrick’s boat builders company, on others he’d spend time with the crew of the Estuary Princess on her afternoon excursions. And on occasions, he even accompanied Eddie and Kiera’s brother Jory to the local pub. Finally, he became a real hero, attacking an intruder and burying his teeth in the burglar’s leg, sending him bolting for the door.

As always happens when I finish a book, I’m sad to say goodbye to the cast, and I can say hand on heart, I’m going to miss Erik. He really was a great character!

So there we are, a small dog who ended up with quite an important part to play. As I wrote I grew to love him. I hope you will too.

A Kingswater Summer, is now available in e-book at a special publication price of 99p/$1.37 Or read for free with Kindle Unlimited…