Hi Jo, here are my tracks and the memories they hold for me.

When I was very young, my mother and I went to live with my maternal grandparents and two teenage uncles (Joseph 20 and Tommy 18) who spoiled me rotten and encouraged me to be precocious. NOT that I needed much encouragement. The house was filled with music, my uncles having bought a large radiogram with wages earned working in the local steel mill. They played their 78’s whenever they could, which meant I knew the words to all the latest songs and they taught me how to jive, twist etc. Later, when we moved house to England, my family’s love of popular music continued (via the radio). We listened to Music While You Work, Children’s Favourites, Sing Something Simple, Two Way Family Favourites and ground-breaking Radio Caroline. As a teenager I fell asleep listening to Radio Luxembourg via an earpiece attached to my prized transistor radio. When Radio One was launched in 1967 it was as important to teenagers, like me, as a man walking on the moon two years later.

Fast forward to listening to Radio One on the drive home from work, the transition from cassette tapes to CD’s and finally, downloading music on my iPhone. Small wonder music has provided the backing track to all our lives.

I only have to hear the opening chords of this song and I am transported back to 1967 when the hippy movement reached Leicester. I had just taken my ‘O’ levels and at the start of the summer holidays my friend Brenda Harris and I bought a bag of budgie bells from the local pet shop (much to the shop keeper’s suspicion). We sewed them on the outside seam of our bellbottom jeans, found a couple of floppy hats and ‘granny clothes’ at jumble sales and put together a ‘hippy kit’. Then we joined all the other wannabes on Victoria Park in search of the much promised Happening, which never materialised. Instead, we ended up in mega trouble for chalking – MAKE LOVE, NOT WAR on a neighbour’s garage door, after which the Summer of Love ended abruptly for us.

I often ‘stumble across’ music and this is how I found Runrig. I was watching TV and saw the group perform at Glasgow Barrowlands and was blown away, When I was a child we would often go to the ‘Barras’ a couple of times a year on shopping expeditions.  That memory, coupled with Runrig’s fusion of folk, Gaelic and rock music tapped into a part of me I’d forgotten existed; my Scottishness. When Runrig came to Leicester I went to see them in concert and bought several CD’s afterwards. There I found the track Sguaban Arbhair – Sheaves of Corn. It tells how the old ways of crofting and living off the land have vanished as young people head for the cities. It’s my go-to song when I want to get into the mood for writing. In Scotch on the Rocks, my heroine Ishabel sings it at a live mike session in the local pub and the hero falls in love with her. When I listen to it, I’m transported to Eilean na Sgairbh, the imaginary Cormorant Island where I set my novel.

Lady in Red (now sadly cliched) brought Chris de Burgh to my attention. And, of course, I had to listen to his back catalogue (first on vinyl and then on CD). I found Ship to Shore and it raised my spirits at a difficult time. My mother had recently died of cancer, I underwent a hysterectomy, we moved house twice in two and a half years and I was acting head at a large primary school of over 350 children. It became an anthem for me, the backdrop to a time when I wanted to get stuck into my writing but was forced to put my dream on hold. The line: how I wish that we could turn the clock back to the time when we were lovers, in the true sense of the meaning, inspired me to go for gold and achieve my dream. In fact, all of the lyrics have a resonance for me. I only have to hear the Morse code ‘pips’ at the beginning of the song and I’m transported back to when I saw Chris de Burgh at the NEC. A time before word processors, the internet, and Amazon made becoming a published author an attainable dream for thousands of indie authors.

I discovered Adele much in the same way as Runrig. A friend had been banging on about her for months and I put my fingers in my ears and refused to listen. Stubborn, see? Then I caught Adele’s concert at the Albert Hall on TV, heard her sing Someone Like You and Don’t You Remember? and was hooked. Something in her lyrics – which come straight from her heart, the key she sang in, and her performance found an answering chord in me. Overall, I’ve had a good life and a very happy marriage. So, I have to dig deep when writing a sad/emotional scenes and Adele takes me there in seconds. So – that evening, once I’d stopped blubbing like a baby in front of the TV, I went straight on to Amazon and ordered ‘21’. It’s remained a favourite ever since.

In the 90’s we went to America, travelling from Washington DC to Memphis, thru Iowa and up to Door County. We stayed with my former teaching student and when we caught the plane back to the UK, she gave me Bruce Springsteen’s Born in the USA. In return, I promised that I would write a romance set in Wisconsin, bringing together everything we’d experienced over five magical weeks. Once home, I played the album while preparing for returning to school after the long holiday. However, influenced by Jilly Cooper, Helen Fielding et al I put notes for my ‘American novel’ to one side and started writing a rom com instead: Tall, Dark and Kilted. But I never forgot my promise and recently returned to the MS, re-writing and publishing it as Take Me, I’m Yours, dedicating it to Dee Paulsen and her family. Apart from the anthemic Born in the USA, my favourite track is Downbound Train. Every time I play it, I’m back in Dee’s Aunt Bev’s house in Memphis sweltering in 100 degrees in the shade as we rush from air-conditioned house to air-conditioned car. Now I know that I don’t have a pioneering bone in my body and would never convincingly play the part of a woman having a baby in the back of a wagon. 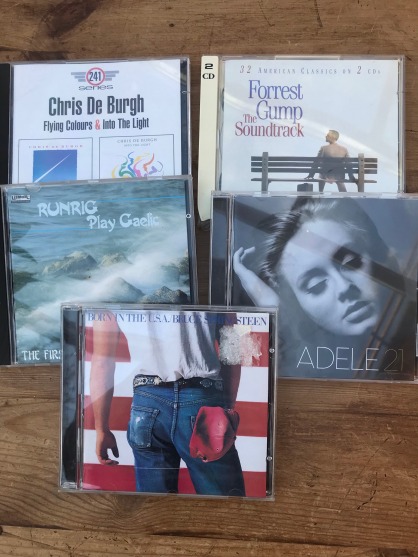 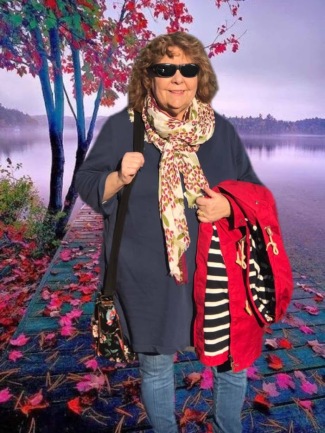 After working as a deputy head teacher in a large primary school, Lizzie decided to pursue her first love: writing. She joined the Romantic Novelists’ Association’s New Writers’ Scheme, wrote Tall, Dark and Kilted (2012), quickly followed by Boot Camp Bride. Although much of her time is taken promoting her novels she wrote Scotch on the Rocks, which achieved Best Seller status within two weeks of publication on Amazon. Her next novel, Girl in the Castle, reached #3 in the Amazon charts. Lizzie is co-founder of indie publishing group – New Romantics Press, and has co-hosted author events at Aspinall, St Pancras and Waterstones, Kensington. Her latest romance, Take Me, I’m Yours is set in Wisconsin, achieved Best Seller status, too. As for the years she spent as a teacher, they haven’t quite gone to waste as she is building up a reputation as a go-to speaker on indie publishing. Lizzie lives in Leicestershire (UK) with her husband, David. 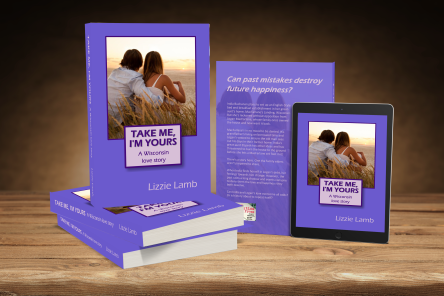 TAKE ME, I’M YOURS

India Buchanan plans to set up an English-Style bed and breakfast establishment in her great-aunt’s home, MacFarlane’s Landing, Wisconsin. But she’s reckoned without opposition from Logan MacFarlane whose family once owned her aunt’s house and now want it back. MacFarlane is in no mood to be denied. His grandfather’s living on borrowed time and Logan has vowed to ensure the old man sees out his days in their former home. India’s great-aunt has other ideas and has threatened to burn the house to the ground before she lets a MacFarlane set foot in it. There’s a story here. One the family elders aren’t prepared to share. When India finds herself in Logan’s debt, her feelings towards him change. However, the past casts a long shadow and events conspire to deny them the love and happiness they both deserve. Can India and Logan’s love overcome all odds? Or is history about to repeat itself?

If you would like to come along, promote your work and choose five music tracks which are special to you, simply drop me an e-mail me at taurusgirl185@gmail.com

Boats, water and Cornish harbours...
Five years ago. Overnight stay at The Dartmoor Lodge en route to a family birthday celebration. Sunday morning we took a walk around Dartmouth before heading home. Great to see it out of season, relaxed in the sun before the summer crowds arrived. #dartmouth #devon #writinginspiration
Boats at Lymington Oct 2021
Throw back Thursday and here we are in Salisbury. Memories of frequent childhood visits, usually for shopping and sometimes the cinema. Today lunch and shopping, including additions to my notebook and pen collection ready for my next project...📖🖋