Jane Risdon has been a great friend of mine for quite a while.  With her long career in the music business she became an invaluable source of information and support during the time I was writing The Other Side of Morning where rock star Christian Rosetti featured as one of the main characters. 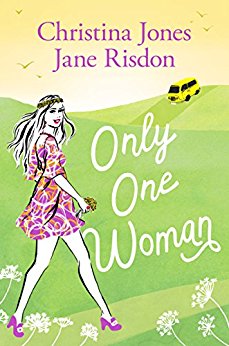 June 1968. Renza falls head over heels for heart throb guitarist Scott. But after a romantic summer together they are torn apart when Renza’s family moves away.

December 1968. On the night she believes to be her last, Stella meets Scott at a local dance. He’s the most beautiful boy she’s ever seen and if this one night is all they have, she’ll take it.

As the final colourful year of the sixties dawns, the question is: can there be only one woman for Scott?

Christina Jones has written all of her life (as well as having millions of Proper Jobs including factory worker, secretary, nightclub dancer, blood donor attendant, barmaid, waitress, civil servant and fruit picker) Christina first had a short story published when she was just 14 years old. She has written for teenage and women’s’ magazines fiction and non-fiction for a number of years, had her own humour column in The Oxford Times, and has contributed to national newspapers.
Having spent most of her life married to a rock musician, Jane Risdon had little time for writing. She and her husband worked with management of musicians, singer-songwriters, and record producers, rubbing shoulders with the great and glamorous all over the world. With time to herself at last, Jane’s experiences in the music industry have kickstarted her writing career. She and Christina Jones have been friends since the Swinging Sixties.

10 thoughts on “A WRITER’S JOURNEY BOOK PROMOTION: ONLY ONE WOMAN by CHRISTINA JONES AND JANE RISDON…”