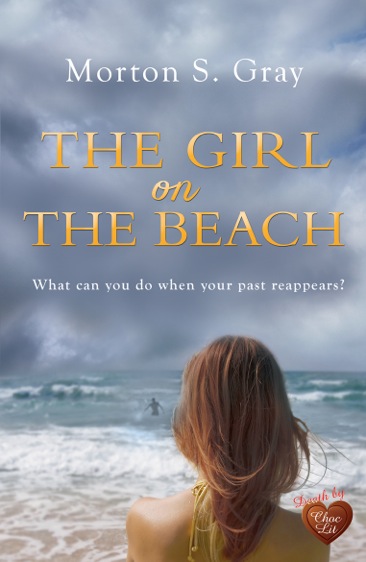 Who is Harry Dixon?

When Ellie Golden meets Harry Dixon, she can’t help but feel she recognises him from somewhere. But when she finally realises who he is, she can’t believe it – because the man she met on the beach all those years before wasn’t called Harry Dixon. And, what’s more, that man is dead.
For a woman trying to outrun her troubled past and protect her son, Harry’s presence is deeply unsettling – and even more disconcerting than coming face to face with a dead man, is the fact that Harry seems to have no recollection of ever having met Ellie before. At least that’s what he says …
But perhaps Harry isn’t the person Ellie should be worried about. Because there’s a far more dangerous figure from the past lurking just outside of the new life she has built for herself, biding his time, just waiting to strike.

Ellie Golden is introduced to Harry Dixon, the new headmaster of Borteen High and knows she’s seen him somewhere before.  Gradually it comes to her, but it doesn’t make sense because then he was known as Ben Rivers and he’s no longer alive.

So from page one you have this mystery about Harry.  Is he really Ben and if so, who was buried in his place?  As the story progresses we get  glimpses of the truth told from both Harry’s and Ellie’s perspectives.  Both have physically changed since they last saw each other. Harry, an undercover detective working in Cornwall, was beaten and left for dead by a drugs gang.  Ellie had to have reconstructive facial surgery after being attacked by her husband Rushton, a member of the same gang, who is currently serving time in prison. Since his change of identity and hair colour Harry has left the police force and gone into teaching.  He’s lived abroad but is now back.  The beating left him with gaps in his memory and he certainly doesn’t remember Ellie.

Once Rushton was jailed Ellie, a painter and potter, filed for divorce and left the area with her son Tom, now fourteen. For the past few years she has run a small art gallery in Borteen.  When Rushton is released from prison, he comes looking for Ellie and the money she took from him.  Tracking her down to Borteen, he discovers Ellie is not the only past he needs to catch up with.  There’s a man there who bears a striking resemblance to Ben Rivers and he has a score to settle with him too.

It’s a well-paced story, with lots of twists and turns to keep you wondering what happens next.  There’s a good selection of supporting characters too, from Ellie’s bubbly friend Mandy to Nicholas a disadvantaged boy with a talent for painting. There’s everything there – romance, drama, danger and some sad moments too. All in all a lovely debut novel.

We're back here in September. Looking forward to another relaxing week...